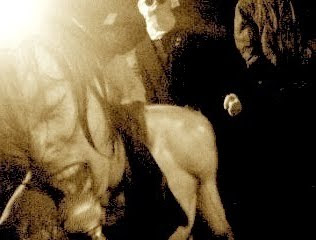 As testimony to the slaughter, and witness to the last strings of control, I cowered as Jesus Shlonk scissored his tongue through the vulnerable necks of the unsuspecting punters, whose severed heads lay stacked in the vaulted gallery within the upper chambers of Moon Step haunt, where they are kept as play things for the teasing whip of mS. RIACO.

Once touted for his powers to elude the gaze of all, the Invisible Man was destined to be judged under the bludgeoning eye of Jesus Shlonk in another of Ed Woods gruesome tales of two fisted scum punk! Slashed in the face by a twenty minute set that drove the blind deaf to the vomiting howls of destruction, the last wills of severed heads dimmed with their fingers grasping the red slicked floor to screams of bloody mercy rising from the claws of Jesus Shlonk.

Nails dripping with the blood of rock and roll innocents prayed for the Apocalyptic challenge of any savior within howling distance, but there was no heed to the call on this Halloween eve, as the massacre perpetrated by Shlonk left the black dungeon red and littered with the headless carcasses of unsuspecting merrymakers. "Wanna try? hahaha" he screeched, as the spared piled for the safety of the hallow city streets. 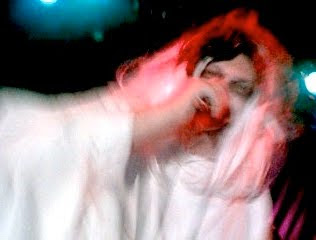 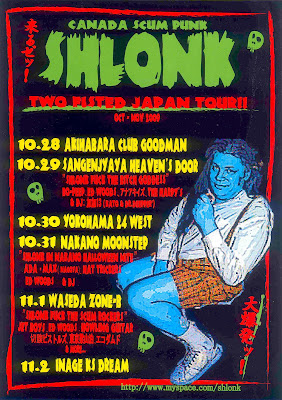 *All photos and content property of Jack Waldron (photos may not be used without written permission)
Posted by Detroit Jack at 1:00 AM