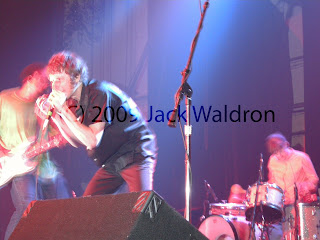 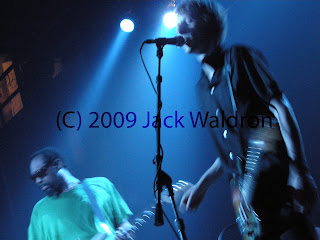 Back in the Motor City after a ten year hiatus in Tokyo, mission one upon landing . . . get Gories/Oblivians tickets! Mission two . . . get stoned . . .and I nearly did, when I made a case for the "Not god bless America, but, goddamn America" statement, and offered a reasoned argument defending Bill Ayers: well, it was nice to see the family anyway. 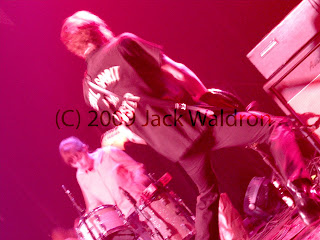 But, more importantly, The Gories/Oblivians! Got my pass to the show of the year at the rockin' Majestic Theater on Woodward two weeks in advance, and thank Heidegger for that, because it sold out within days. Following The Dogs "Rustbelt Tour" the previous week, getting my SRB album signed by Scott Morgan, and finally getting stoned, what more could a philosophical beat rocker ask for . . . , than a one man rooftop gig by the master heartstring puller himself, Brother Greg Cartwright and his gathering of disciples in the Garden (that video at a later date!). 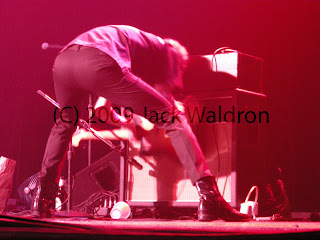 I'm not going to review any of these shows, because there is nothing to say. If you were in Detroit and didn't make these shows, well, you must have the best damn lie in the world. If you were one of the well informed, and made the shows, well . . . we still might be stupid human tricks, but at least we grasped a hold of something righteous and worthy. 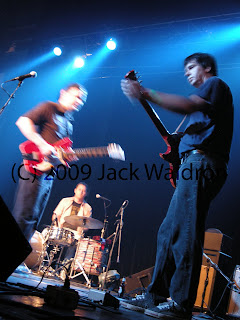 To prove my point, I happened to be blessed in the company of Brother Cartwright and his disciples on the day of the sacrament (of which we partook), by the one and only Sinister Six man himself Brother James!! Now, this truly was a miracle, that this soul rockin' toxic soil should be anointed by thee kings of the Far East, West, South and North to bring Human Nature sinner-gy back to Motown. 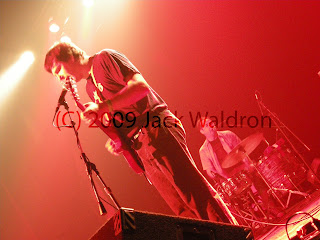 True story: I begged Brother Rick to stop by Hitsville U.S.A. an hour before we found out Michael had followed Thee King to barbiturate heaven. 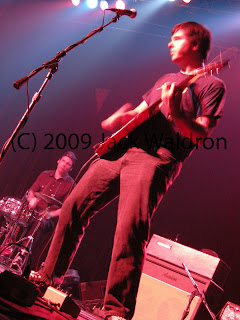 *All photos and content property of Jack Waldron (photos may not be used without written permission)
Posted by Detroit Jack at 9:19 AM