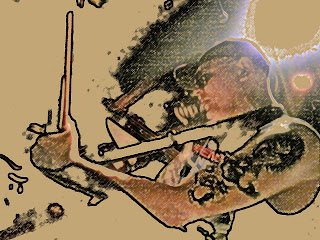 It made absolutely no sense, that earplugs and gas masks would be standard issue upon entering Heavysick on the night I would see my good friend from Australia . . . , who had come to Tokyo for a one night off gig with a Japanese backing band. 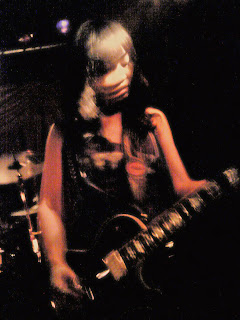 I did however find it even stranger that several Dirtrucks were backed up to the service door of the venue off loading massive eight cylinder Detroit Muscle action power units, that were being wheeled inside. 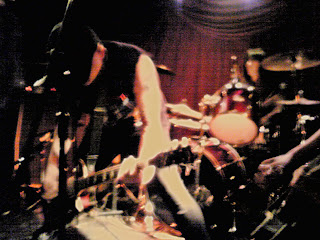 "Hell Yeah!" was my first reaction. A bona fide mini hotrod show to go along with some high octane rock and roll!! 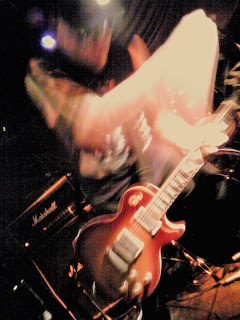 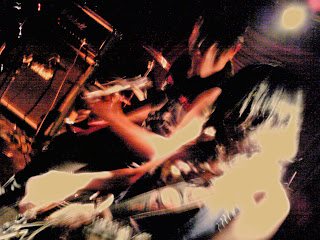 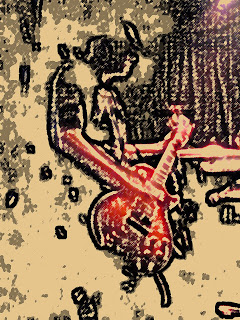 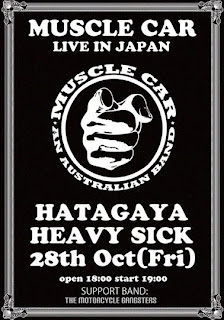 OUTRAGEOUS TUNING, SWEET FUMES OF INDUSTRIAL PRODUCTION SANG THE SONG OF FREEDOM DYING, AS THE ROOM FILLED WITH OIL LAIDEN SMOKE AND VIBRATIONS OF MAN MADE LUST . . . . . , WAAAAMP!!! WITH THE PUNTERS BACKED AGAINST THE WALLS, EMERGED THE QUEEN OF NOISE . . . . . MUSCLE CAR!

*All photos and content property of Jack Waldron (photos may not be used without written permission)
Posted by Detroit Jack at 3:29 AM